No items found.
Product is not available in this quantity.
About Timberings 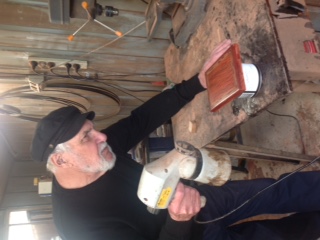 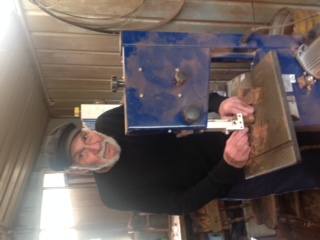 John Tilbrook has been interested in woodwork for as long as he can remember.  Since taking early retirement from the position of Arts Officer with Monash City Council twenty five years ago he has been able to pursue this interest full time and it is now both his daily work and passion.
‍
Although he has a degree in visual arts from ANU and Monash universities, John  has had no formal training in woodwork. His work is the result of an unerring eye for design and love of the medium in which he works. Trial and error, problem solving and patience are integral to the processes which contribute to his work.
‍
Choosing just the right piece of timber, or combination of timbers (in his very small home workshop) is the starting point for every item John creates.  He designs and creates intricate patterns for the inlays which make his boxes and picture frames unique. He also uses these inlays to create unusual jewellery - earrings, brooches, pendants and hair clips.
‍
John's individually created birds have found their way all over the world and he estimates that over twenty five years he has crafted thousands of them.
‍
John's work is sold in galleries and craft shops in Victoria as well as Queensland and Western Australia. He enjoys meeting other crafts people and the public at Craft Markets and Fairs. As well as the range of work in Australian timbers illustrated here, John works in ancient red gum, which was marketed formerly through Australian Ancient Redgum, and now through Australian Woodwork. 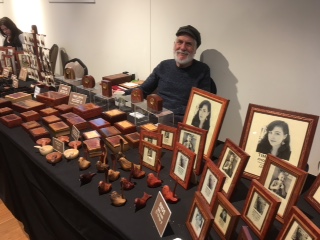 Keep up to date with John and Timberings via Instagram